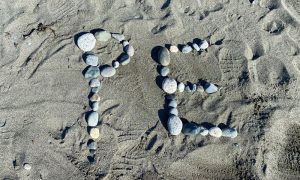 Glendower’s management will continue to lead the business which will operate independently under the Glendower name. The transaction is subject to regulatory and other consents and is expected to close in Q4 2021.

CVC oversees about US$ 163 billion in committed capital, according to its website.

Deutsche Bank AG
Before the spinout, Deutsche Bank had roughly 6 billion euros of private equity assets on its balance sheet. Charles Smith, Carlo Pirzio-Biroli, Chi Cheung, and Deirdre Davies were at the German bank and sold the remaining 4.5 billion of private equity assets that was finalized in 2005. Smith got the first 130 direct investments sold worth 1.5 billion euros. Essentially the four of them sold 600 assets in 150 transactions with no middle men. In 2007, the group’s success led Deutsche Bank to form a secondaries business. DB Secondary Opportunities Fund I closed with US$ 775 million and counter limited partners such as Deutsche Bank, Lehman Brothers, LGT Partners, and Coller Capital. In 2012, DB Secondary Opportunities Fund II closed with US$ 614 million and a third fund closed with US$ 1.65 billion.