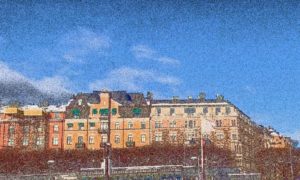 On the northern front, Pictet Alternative Advisors inked a deal with I am Home, a Swedish residential and urban developer. Pictet Alternative Advisors is providing capital for I am Home to develop residential units to be built in growing cities across Sweden. The business plan is focused on developing affordable housing. The Swedish government subsidies system tries to keep rents low. The underlying fundamentals of the Swedish residential market, which include a regulated rental system, a growing urban population, and a structural undersupply of affordable housing – remain attractive for the investor. Sweden is in 10th place in the OECD in terms of the share of immigrants in its population, with the foreign-born accounting for 14% of the total population, according to recent figures. Sweden has taken in the most refugees per capita, and is third in the world on this measure behind Canada and Australia, according to a 2019 Pew Research Center report. In 2015, Sweden had a record-high of 162,877 applications for asylum, primarily from Syria, Iraq, and Afghanistan.