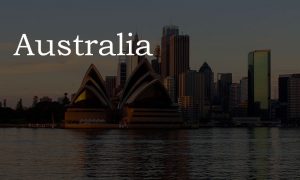 The New South Wales state government sold its 49% remaining share of WestConnex – with 40 years of concession life remaining, an approximate 70 kilometer system of toll roads linking Sydney’s sprawling metro area. WestConnex is one of the largest road infrastructure projects in the world. Sydney is Australia’s largest city with greater Sydney currently home to more than 5.3 million residents, according to the Australian Bureau of Statistics. Transurban and its investment partners will control WestConnex until 2060 and can increase tolls on the road every year between now and 2040.

The original buying group plus a new Canadian investor led by Transurban Group will pay A$ 11.1 billion (US$ 8.063 billion) for the remaining stake. The consortium added Canada’s Caisse de depot et placement du Québec (CDPQ) as a member, Transurban added. Transurban said it would raise A$ 4.22 billion in a stock issue to fund its part of the purchase.

Transurban Group is contributing A$ 5.56 billion out of the A$ 11.1 billion in this transaction. CDPQ will contribute 20.5% of the STP funding requirement for an 10.0% interest in STP.

Transurban will provide operating services to the M6 as part of the WestConnex Asset Management agreement.