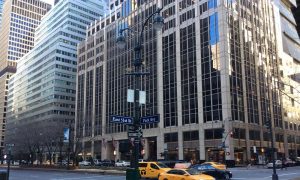 Marblegate Asset Management is the largest holder of New York City taxi-medallion loans. Taxi medallions were once worth over a US$ 1 million in value, but the value of them plummeted when ride sharing apps like Uber Technologies and Lyft proliferated in major U.S. cities. The asset manager had given about 2,000 medallion-owner drivers a loan payment holiday every month since the middle of March 2020. In late 2019, the fund manager maintained measure to write down the taxi medallion loans to ease the burden of taxi drivers’ debts. Some industry experts estimate that Marblegate controls nearly a third of the city’s 13,500 taxi medallions.

According to the NCUA press release back in 2020, “The NCUA’s holdings included medallion loans from Melrose Credit Union and LOMTO Federal Credit Union, which supported the New York City taxi industry for nearly a century until their liquidations in 2018. To date, the Share Insurance Fund has lost more than $750 million because of these and other credit union failures related to taxi medallion loans.1

For nearly 18 months, the NCUA evaluated a variety of approaches for resolving this portfolio, including holding and servicing the loans, pooled sales, structured sales, and securitization. After careful consideration, investor outreach, and consultation with an independent financial advisor, the NCUA determined a single bulk sale was the best option to meet its statutory requirements and prevent any unnecessary volatility in the already stressed taxi medallion market.”

NCUA’s acting General Counsel at the time said that the loan amount and exact number of loans sold to the hedge fund are exempt from the U.S. Freedom of Information Act. Some news sources say that amount was around US$ 350 million for the medallion loans.

Before the NCUA deal, Marblegate owned roughly 300 taxi medallions and around 1,000 medallion loans that they bought from Capital One Financial Corporation.