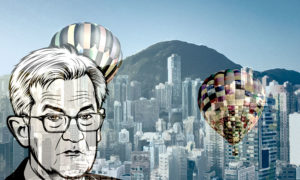 They were asked, “In the current environment, which potential risk is the greatest toward financial market stability?”

In a repeat fashion, institutional investors viewed an increase in interest rate risk as the greatest toward financial market stability for the second time in a row over a viral pandemic or outbreak risk. With U.S. inflation looking less transitory, the Federal Reserve could take a tapering stance if Powell remains as Fed Chairman. The Federal Reserve ended its September 2021 meeting by announcing that it will hold the federal funds rate at its target range of 0% to 0.25%. However, the Fed signaled it will likely raise interest rates beginning in 2022, and there would perhaps be three more rate hikes in 2023. Bank of England Governor Andrew Bailey said on September 27, 2021, that he and other members of the Monetary Policy Committee saw a growing case to raise interest rates. For the current period, geopolitical risks also outweighed the COVID pandemic risk. This is apparent as the Biden administration and China delve into a deeper impasse on geopolitics and trade. Biden’s controversial fumbled pullout in Afghanistan and the Taliban’s unpredicted takeover has showed the world that the U.S. military empire is cracking. In addition, sovereign funds and pensions have priced in the pandemic risk, but they are cautious on central banks tapering, especially the Federal Reserve.

In addition for the first time since December 2020 survey, slightly more respondents see earnings expectations for listed companies to not improve in the next 12 months. This reflects a sentiment change on the optimism of earnings, which was at its apex in the June 2021 survey. This reversal could be attributed to proposed higher taxes by the Democrats who control the White House and Congress and the possibility of the Federal Reserve scaling back its massive QE program.

The survey can be viewed on SWFI.com.