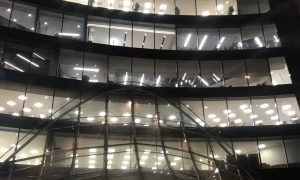 The Public Investment Fund of Saudi Arabia (PIF), the country’s sovereign wealth fund, is in talks of selling part of its 70% stake in Saudi Telecom Company (STC) while retaining majority ownership. STC is listed and is the kingdom’s largest telecoms operator and also owns subsidiaries and has stakes in companies operating in Kuwait, Bahrain, the United Arab Emirates, and Turkey.

The planned transaction will target international and local institutional investors, as well as retail investors, according to PIF.

PIF plans to hold a majority stake in STC north of 50% ownership.

“The potential transaction is expected to contribute to PIF’s establishment and development of new sectors, in addition to strengthening the Saudi economy’s growth and diversifying its sources of income,” PIF said in a statement.