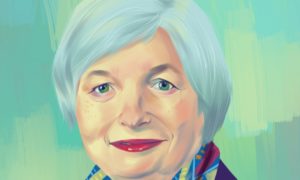 Will the future U.S. government have more centralized management in financial affairs? As the debt ceiling debate swirls among policymakers, U.S. Treasury Secretary Janet Yellen endorsed a measure to repeal the debt ceiling limits and take the power away from Congress. In May 2021, a bill was introduced to repeal the national debt ceiling, and Yellen said “yes, I would” when asked during a House hearing if she supports the effort. Yellen noted that Congress makes the decisions on taxes and spending and should provide the ability to pay for those obligations that were passed and signed into law.

“If to finance those spending and tax decisions, it’s necessary to issue additional debt, I believe it’s very disruptive to put the president and myself, the Treasury secretary, in a situation where we might be unable to pay the bills that result from those past decisions,” Yellen said in response to a question from House Representative Sean Casten, D-Illinois.

According to the U.S. Department of Treasury’s website, “The debt limit is the total amount of money that the United States government is authorized to borrow to meet its existing legal obligations, including Social Security and Medicare benefits, military salaries, interest on the national debt, tax refunds, and other payments.”