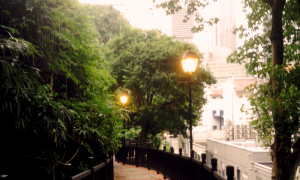 Australia Tower Network owns and operates the passive mobile tower infrastructure assets which were previously owned and operated by Optus Mobile Pty Limited, a wholly-owned subsidiary of Singtel. The transaction involving 2,312 mobile network towers and rooftop sites values Australia Tower Network at an enterprise value of approximately A$ 2.3 billion. Under the terms of the deal, Optus will have continued access to the towers through a long-term lease agreement with Australia Tower Network. Optus will be the anchor tenant on 565 new build-to-suit towers to be built over the next three years which will form an integral part of its 5G network.

Australia Tower Network Pty Ltd secured A$ 1.25 billion of loan facilities which it will use to, among others, pay the Capital Return to Singtel ATN and pay the Optus Loan Repayment to Optus.