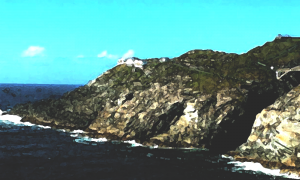 The Organization for Economic Cooperation and Development (OECD) reached a key milestone on global corporate tax rates after years of disagreements and infighting. The OECD decided that there is to be a global minimum corporate tax rate of 15%. This measure impacts smaller economies, prized for their offshore and financial center attractions. Tech giants like Apple Inc. and Facebook have been attracted to countries like Ireland due to low tax rates. The landmark decision will force companies to pay taxes on where they operate, not just where they have a “headquarters”. European governments have complained about U.S. tech giants using tax avoidance techniques to avoid paying taxes. For example, ProPublica discovered that in March 2008, Facebook named Dublin as its international headquarters, just as Google had done when then Sheryl Sandberg was there. And like Google (now Alphabet), Facebook made an intra-company deal to “leave profits” in Ireland, where it would pay a tax rate near zero.

“The landmark deal, agreed by 136 countries and jurisdictions representing more than 90% of global GDP, will also reallocate more than USD 125 billion of profits from around 100 of the world’s largest and most profitable MNEs to countries worldwide, ensuring that these firms pay a fair share of tax wherever they operate and generate profits,” the OECD said in a statement on October 8, 2021.

The breakthrough for Ireland, a key party to the talks, was made after some changes to the original text. Examining further the tax rate of global minimum tax rate of 15% will not be increased at a later date, and that companies with turnover of less than €750 million will still retain a tax rate of 12.5%. Skeptical Hungary changed its mind after receiving reassurances that there will be a lengthy implementation period. The details for the tax plan is being kicked down the road to 2023.

The agreement is “a once-in-a-generation accomplishment for economic diplomacy,” U.S. Treasury Secretary Janet Yellen said in a statement.

“International tax policymaking is a complex issue, but the arcane language of today’s agreement belies how simple and sweeping the stakes are: When this deal is enacted, Americans will find the global economy a much easier place to land a job, earn a living, or scale a business,” Yellen’s statement said.