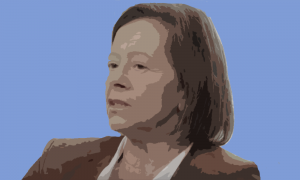 EQT Partners AB, through its EQT Mid Market Europe fund, has agreed to sell 100% of Adamo Telecom Iberia, S.A.U. (Adamo Telecom) to Ardian Infrastructure. Headquartered in Barcelona, Spain, Adamo Telecom is currently the fastest growing and a major open access rural fiber-to-the-home (FTTH) platform in Spain. Adamo Telecom provides fixed broadband and mobile services to approximately 250,000 retail and wholesale subscribers. The transaction is subject to customary conditions, including receipt of applicable regulatory approvals and is expected to close in the first quarter of 2022. The deal is estimated to be valued over 1 billion euros.

EQT Private Equity acquired a majority stake in Adamo Telecom Iberia S.A in December 2016 and has, together with its founders Fredrik Gillström and Xavier Viladegut, as well as the rest of the management team, supported Adamo in its mission to bridge the digital divide in rural Spain. Adamo was estimated to generate revenues of 7.8 million euros in 2016. During EQT Private Equity’s ownership period, Adamo Telecom has grown its fiber network exponentially from 100,000 homes passed in the Cataluña region to 1.8 million homes across a nationwide footprint through significant investments in organic network roll-out and through network acquisitions.

The telecommunications sector is a priority in the strategy of Ardian Infrastructure which, through the funds it manages, has a 30.2% controlling stake in INWIT, Italy’s major tower operator, and a 26% stake in EWE, one of Germany’s largest utilities and a leading provider of telecommunications services.