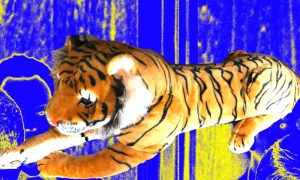 Online banks, or the term neobanking, is a transformation from traditional brick-and-mortar banking to pure online banking services in a bid to lower costs. Bangalore-based Open is an online bank that raised US$ 100 million in a Series C round. Singapore’s Temasek Holdings led the round and Google (part of Alphabet Inc.), Visa, Japan-based SBI Investment (part of SBI Holdings), as well as existing investors Tiger Global Management and 3one4 Capital participated in it. Open was founded in 2017. Open in 2019 raised US$ 30 million in its Series B round that was led by Tiger Global Management and had other investors such as Tanglin Venture Partners, 3one4 Capital, Speedinvest, and AngelList Syndicate. In 2018, Open raised US$ 2 million in Pre-Series A and in early 2019 assembled US$ 5 million in Series A led by 3one4 Capital, Beenext, and Speedinvest.

Chqbook
Another neobank platform Chqbook raised Rs 40 crore in a pre-Series B round led by existing investor Aavishkaar Capital and Rajiv Dadlani Group. The new round witnessed participation from Earlsfield Capital U.K., and family offices and HNI investors including Jeremy Lim, Bhupesh Kumar, Nilesh Srivastava, and others. In March 2020, Aavishkar Capital had led a US$ 5 million Series A round Chqbook.

Aavishkaar Capital is the impact investing arm of the Aavishkaar Group. Aavishkaar Group manages assets in excess of US$ 1 Billion across Equity and Credit, with 7,000+ employees present across India, Indonesia, Bangladesh, and Kenya.