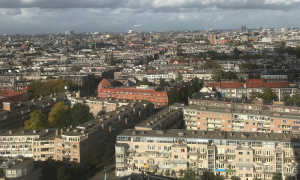 Stichting Pensioenfonds ABP, which is managed by APG Asset Management, announced on October 26, 2021, they will stop investing in producers of fossil fuels (oil, gas and coal). Reasons for this decision are recently published reports by the International Energy Agency (IEA) and the UN Climate Panel (IPCC). Groups of ABP pension participants and employers have shown broad support for this decision. ABP will divest from the fossil fuel producers in phases; the majority of which is expected to be sold by the first quarter of 2023. This concerns more than €15 billion in assets, almost 3% of ABP’s total assets. The fund does not expect this decision to have a negative impact on long-term returns. ABP has the threat of legal action in the Netherlands over its fossil fuel investments. However, ABP disclosed that its decision was not based on legal action threats.

In 2015, ABP decided to base its climate policy on the insights of the UN Climate Panel (IPCC). In 2022, ABP will set a new CO2 reduction target. ABP will form a battle strategy for investments in fossil fuel producers that are less easy to trade.

ABP Chairman of the Board Corien Wortmann in the press release said: “We want to contribute to minimizing global warming to 1.5 degrees Celsius. Large groups of pension participants and employers indicate how important this is to them. The ABP Board sees the need and urgency for a change of course. We part with our investments in fossil fuel producers because we see insufficient opportunity for us as a shareholder to push for the necessary, significant acceleration of the energy transition at these companies. From now on we will focus on bulk users of fossil energy such as electricity companies, the car industry and aviation. Using our influence as a shareholder, ABP will encourage companies that use fossil fuels to become more sustainable. We will further tighten the criteria for these investments in 2022. We will also continue to advocate for governments to move towards further CO2 pricing in the industry. And we will continue to push for an end to subsidizing fossil fuels.”

ABP plans to increase investment in renewable energy where possible after the fossil fuel asset sale.

The Netherlands is a major petroleum liquids refining and storage center. The European country is home to Royal Dutch Shell plc, commonly known as Shell, which is an Anglo-Dutch multinational oil and gas company headquartered in The Hague. Like Norway, the Netherlands government has benefitted financially from oil and gas investments. Netherlands does not have a sovereign wealth fund like Norway.