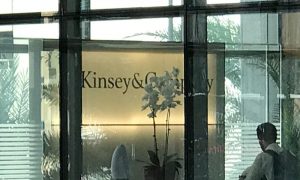 Fast forward to 2021, in which Puneet Dikshit (age 40), a Partner at McKinsey & Company was charged in the U.S. for using non-public information to make illegal profits in the market to the tune of half a million dollars. Dikshit did all this to realize profits of only circa US$ 450,000. Dikshit was arrested after being charged with insider trading ahead of the acquisition of fintech company GreenSky by Goldman Sachs for US$ 2.24 billion in September.

According to the Department of Justice press release, “Dikshit engaged in this trading between on or about July 26, 2021, and on or about September 15, 2021 – at the same time he was leading the McKinsey team that was advising Goldman Sachs about its potential acquisition of GreenSky.”

In the sealed complaint, some interesting points include, “At approximately 3:24 p.m. EST, DIKSHIT ran the following Google search: “what happens to options when company is acquired.”

The complaint details his Google searches, such as, “On or about October 7, 2021, DIKSHIT used the Computer to run Google searches related to the conviction of “Rajat Gupta . ” Based on my review of publicly available documents, as well as my training and experience, I know that Rajat Gupta, a former global corporate chairman of the Consulting Firm, was convicted of insider trading offenses in the Southern District of New York in or about 2012.”

McKinsey is facing pressure from U.S. Congress on its dealings with companies, especially its dealings with the opioid industry. In early 2021, McKinsey agreed to pay nearly US$ 600 million to settle allegations by 49 states that its work for large opioid manufacturers helped boost the sales of the drugs. These opioids led to a massive U.S. addiction epidemic which caused more than 400,000 deaths in the United States. McKinsey is also being investigated on the activities of its internal hedge fund – MIO Partners.

From the Top
Rajat Gupta is an Indian-American businessman and convicted felon in the US. who, as CEO, was the first foreign-born Managing Director of management consultancy firm McKinsey & Company from 1994 to 2003. In June 2012, Gupta was convicted for insider trading charges of four criminal felony counts of conspiracy and securities fraud in the Galleon scandal. Gupta spent two years in jail. After his release from prison, Gupta continued to be rebuffed by McKinsey.