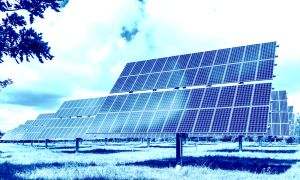 Sonnedix Power Holdings Limited is majority owned by institutional investors advised by J.P. Morgan Asset Management. Sonnedix has 4 publicly-listed bonds, which were used to finance assets in the abovementioned groups.

On September 1, 2021, Sonnedix completed the acquisition of a 112 MW solar PV development portfolio from Circle Energy, Faleuma, and Fustiñana (Navarre)-based Ríos Renovables. The portfolio consists of seven photovoltaic projects located in Valladolid, a province of Castilla y León in north-western Spain. All projects are all in a well-advanced stage of development and construction works are expected to commence in the last quarter of 2021. The construction of all PV plants will be done by EPC contractor Ríos Renovables.