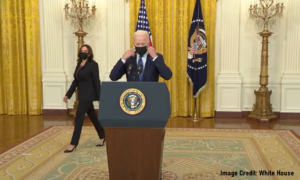 Backed in a Corner, President Biden to Release 50 Million Oil Barrels from Reserve

In a bid to tame rising U.S. gasoline prices for American consumers, U.S. President Joe Biden mandated the Department of Energy (DOE) to release 50 million barrels of oil held in the U.S. Strategic Petroleum Reserve. As Biden spoke about tapping the reserve, Brent crude oil hit its highest level for the day at above US$ 82.50 a barrel. The White House says that of the 50 million barrels, 32 million will be released but eventually returned to the Strategic Petroleum Reserve in the next few years. U.S. consumers forked over an average of US$ 3.29 per gallon in October 2021, according U.S. data, the highest since September 2014.

China, India, Japan, the Republic of Korea, and the United Kingdom will coordinate and tap their oil reserves in a bid to drive down oil prices.

Earlier, Biden pleaded with OPEC and Russia to pump and increase the global supply of oil. This tactic did not work as OPEC ignored his requests.

The Biden administration is also working with prosecutors to see if U.S. energy companies are engaging in anti-competitive behavior. Biden made a request to the U.S. Federal Trade Commission to investigate whether “illegal conduct” is being conducted by American energy companies.

For Europe, the weather is getting colder as it heads into December and gas inflows are tight, while oil storage is low. Across Europe, natural gas futures prices are climbing again as the the winter starts colder than average, boosting heating demand and drawing down gas stocks rapidly.