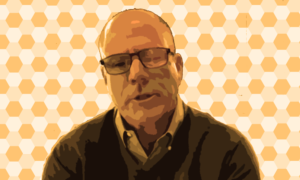 Early Backers in the TPG Parent Company
Some of the early public fund investors in the TPG parent company (TPG Holdings, L.P.) include the California Public Employees Retirement System, Kuwait Investment Authority, and China Development Bank Holdings International. FS Investors, the family office of Michael Stone, is also an investor in the TPG parent. From 1989 to 2009, Stone was with J.H. Whitney & Co and retired from there as Managing Partner and President. FS Investors made its investment through Ptolemy Capital, LLC. J.H. Whitney, a diversified alternative asset manager, was the United States’ first venture capital firm.

TPG was one of the first private equity firms to establish an in-house operations group (TPG Ops) in 1995.

By investor type, 46% of TPG’s capital is from pensions, 16% is from sovereign wealth funds, 16% is from fund of funds, 8% is from private wealth, 5% is from insurance, 4% is from financial institutions, 3% is from endowments and 2% is from other sources.