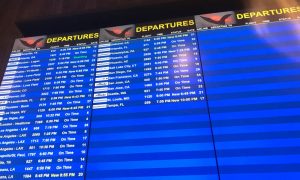 Equity “Bag” Holders
In August 2015, the Swedish capital fund EQT Partners AB via EQT VI became the majority shareholder in NAC. EQT Partners announced it would be putting up its 54% shareholding for sale in October 2018. During that month in October, Singapore’s GIC Private Limited became an investor in NAC. EQT VI remained the largest shareholder in 2018 after GIC’s investment. In October 2018, KIRKBI Invest A/S is an investor in EQT VI and co-invested in NAC alongside EQT VI. Martin Moller through his family office Axiom Group owns shares of NAC.

In 2020, Axiom Group, EQT VI, and GIC invested USD 60 million of additional equity into the NAC. In July 2020, NAC’s lenders unanimously agreed to a standstill of interest and capital payments on its borrowings. In March 2021, two of NAC’s shareholders, EQT VI and GIC, have indicated that they have decided not to further invest in the business.

Bankruptcy
Nordic Aviation Capital Designated Activity Company, together with its subsidiaries (NAC) announced that it has entered into a Restructuring Support Agreement with its equityholders and lenders holding over 73% of NAC’s approximately US$ 6.3 billion in debt obligations.

The Restructuring Support Agreement contemplates a consensual and comprehensive restructuring of NAC’s debt obligations (including the conversion of a substantial amount of the group’s debt to equity) with an infusion of US$ 537 million in additional capital through a US$ 337 million new equity rights offering and a new US$ 200 million revolving credit facility. NAC has obtained an additional US$ 170 million debtor in possession financing facility from its existing creditors to help fund operations during the Chapter 11 process.

Following its emergence from the Chapter 11 process, the reorganized NAC will be majority-owned by its largest creditors, who are committed to the NAC’s long-term success and will invest substantial new equity capital in the business. Martin Moller, Founder of NAC, and the NAC’s existing shareholders are supportive of this transition in ownership.