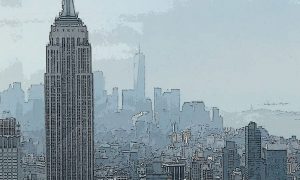 Ares Management Corporation has moved more aggressively in the secondary space versus its European competitors. Ares Management Corporation hired Sebastien Burdel and Luca Salvato as partners in the Ares Secondary Solutions Group. They will work alongside Ares’ existing teams in both New York and London to directly originate new secondary market investment opportunities and leverage Ares’ substantial presence in the U.S. and Europe. These additions underscore the growth and significant demand for complex secondary liquidity solutions as well as Ares’ commitment to further expand its Secondary Solutions Group globally.

Burdel, who is based in London, and Salvato, who is based in New York, are the two founding partners of Spring Bridge Partners, a specialist investment firm they established in 2017 to focus on private equity secondary market transactions. They bring more than US$ 150 million in assets under management to Ares.

Coller Capital Origins
Prior to founding Spring Bridge, Burdel was a Partner at Coller Capital, which he joined in 2003. While at Coller, he served on the firm’s global Investment Committee and Strategic Committee and on the advisory boards of key underlying investments. Prior to joining Coller, Burdel began his career with General Electric, where he held several positions in the firm’s Private Equity and M&A units.

Prior to founding Spring Bridge, Salvato was a Partner at Coller Capital, which he joined in 2000. While at Coller, he served on the firm’s global Investment Committee and on the advisory boards of key underlying investments and was an integral part of fundraising efforts for the firm. Prior to joining Coller, Salvato worked at Credit Suisse First Boston in its Investment Banking Group in London.

In addition, Clement Beaudin will also join Ares’ Secondary Solutions Group in London as a Principal. Prior to joining Spring Bridge Partners in 2019, Beaudin was an Investment Manager at Coller Capital, which he joined in 2015.

Founded by Jeremy Coller, Coller Capital was early in the secondary business, but is seeing its competition like Lexington Partners being gobbled up by larger asset managers. Coller has been working with an investment bank to either sell a stake or sell the company.