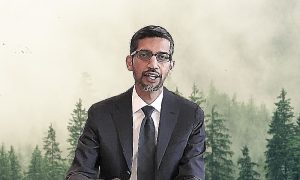 Attorneys for Texas and other states alleged in newly unsealed court filings that Facebook CEO Mark Zuckerberg and Google CEO Sundar Pichai personally approved a 2018 secret deal nicknamed Jedi Blue. The alleged deal would give Facebook a boost in Google’s online advertising auctions. The deal gave Facebook possibly unlawful advantages when the social network used Google’s advertising exchange, according to allegations by Texas, 14 other states, and Puerto Rico. This is according to the latest version of their federal antitrust suit against Google.

Alphabet (parent of Google) and Facebook (now known as Meta) denied the collusion was illegal. Google lambasted the lawsuit as baseless. Google said it will ask a judge next week to dismiss the case. Meta is not a defendant in the lawsuit.

The states originally filed the suit against Google in December 2020.

Before joining Facebook, Sandberg was a key Google executive in charge of online sales.

FTC Facebook Suit
On January 11, 2022, James Boasberg of the U.S. District Court of the District of Columbia allowed the Federal Trade Commission’s antitrust lawsuit against Facebook to proceed. The judge rejected Facebook’s request to dismiss the case. Earlier, the FTC refiled the case in August 2021 after the judge said the agency had not provided sufficient evidence that Facebook had a monopoly in social media and abused that power by harming competition.