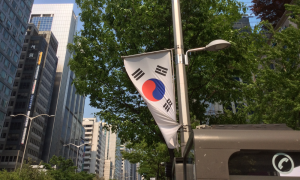 Lotte Hotel completed an acquisition of the 13-story Kimpton Hotel Monaco Chicago for US$ 35.9 million in a joint investment with the state-run Korea Overseas Infrastructure and Urban Development Corporation (KIND). The seller is Xenia Hotels & Resorts.

Lotte will open a new hotel in Chicago next year, the first overseas launch under its lifestyle boutique hotel brand. The hotel is expected to be refurbished into “L7 Chicago” by the end of next year.

New York
On June 2, 2015, Lotte Hotel acquired the iconic New York Palace Hotel which was formerly owned by the Sultan of Brunei and has played host to celebs such as Michael Jackson and Whitney Houston. The sales price was US$ 805 million. The hotel is at 455 Madison Avenue.

Seattle
LOTTE Hotel made a joint investment with Hana Financial Investment to acquire a hotel in Seattle in December 2019. The hotel was renamed to LOTTE Hotel Seattle. The property is located at 809 5th Ave, Seattle, WA 98104.