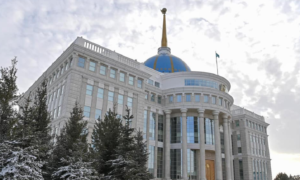 Kazakhstan President Kassym-Jomart Tokayev is keen on opening up the Kazakhstan economy and wants to speed up the privatization of the assets of the Samruk-Kazyna fund for this purpose. However, Tokayev made it clear that transparency in privatization is greatly important as well as the structural transformation of the economy. The Government of Kazakhstan is the sole shareholder of the National Welfare Fund Samruk-Kazyna. The fund’s portfolio companies include Air Astana, the national oil and gas company Kazmunaigas, Kazatomprom companies, and Kazakhstan Railways.

“According to the head of state, it is necessary to reduce the excessive presence of the state in the economy, to intensify the privatization of the assets of the Samruk-Kazyna fund for this purpose. At the same time, it is important to achieve transparency in privatization, without which the structural transformation of the economy is impossible. The president expects specific proposals and actions from the government and the state commission on privatization issues,” Tokayev’s press secretary Berik Uali wrote on his Facebook page (translated into English).

“The fund’s portfolio companies are backbone for the national economy. Therefore, now it is on the fund that the solution of tasks for the structural restructuring of the economy and the direction of resources for the benefit of the people depends. The president believes that the government should first of all take care of reducing the cumbersome administrative superstructure,” the Kazakhstan presidential press secretary explained.