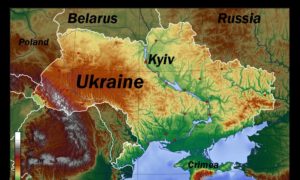 According to the press release, “The investors’ actions have been taken in accordance with their respective Responsible Investment/Ethical policies.

The policies provide for sovereign bond exclusions when there is widespread condemnation or sanctions by the international community and New Zealand has imposed meaningful diplomatic, economic or military sanctions aimed at that government.

The New Zealand Government has strongly condemned Russia’s invasion of Ukraine, and implemented a range of measures in response to Russia’s actions. The Prime Minister has also stated the Government is looking at other moves it could make in response to the aggression.

With regard to majority Russian state-owned companies, the investors took into account relevant factors under their respective frameworks, including the strength and scale of the international response and the New Zealand Government’s public position on the invasion, in addition to considering the actions of their peers, expert advice and other relevant factors.

Given the serious nature of the issues, widespread condemnation of the invasion from the international community and by the New Zealand Government, and the close association of the companies to the Russian state through its majority ownership, the four investors considered exclusion the appropriate course of action.

The investors do not apply country-wide company exclusions, and companies are not excluded based solely on their Russian domicile as they may have no links or contribution to the aggression of the Russian state. The investors will monitor the activities of individual companies on a case-by-case basis in the event they are linked to the conflict and meet the threshold for conduct that would see them excluded.”

Investors
The Accident Compensation Corporation (ACC) is the Crown entity that delivers injury prevention initiatives and no-fault personal injury cover for everyone in New Zealand, including overseas visitors.

The Government Superannuation Fund was established in 1948 to provide a way for state sector employees to save for their retirement. Currently, the Fund has more than 50,000 members and manages more than NZ$ 5 billion in assets. While closed to new members, the Fund expects to keep paying out annuities to members for another 50 years. It is managed by Annuitas Management Limited.

The National Provident Fund is a group of government-guaranteed superannuation schemes, now closed to new members, and the Global Asset Trust, which holds the investment assets on behalf of those schemes. The Fund has around NZ$ 1.9 billion assets under management. It is managed by Annuitas Management Limited.

The NZ Super Fund invests money on behalf of the New Zealand Government to help pay for the increased cost of universal pension entitlements in the future.