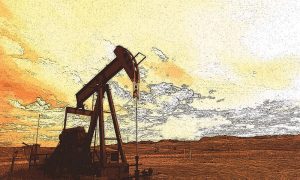 Oil Producers to Get Rich as EU and U.S. Consider Ban on Russian Crude Oil

The U.S. government is in talks with a number of European countries to possibly sanction Russian crude oil, as another strategy to economically hurt Moscow over Russia’s invasion in Ukraine. Oil and gas are particularly important for Russia, funding just over a third of its federal budget in 2021 (RUB 9.1billion out of RUB 25.3billion total revenue).

The U.S. economy is also dealing with unwinding a massive QE program, high inflation, and high gasoline prices at the pump. European Union members are also dealing with similar economic scenarios of high inflation and expensive energy costs. Russia is the largest exporter of oil, natural gas, and coal to the European Union. Russian gas is transported to Europe through pipelines. Soviet-era pipelines via Belarus and Ukraine have been complemented by Nord Stream (2011/2012), and Turkish Stream (2020). Nord Stream 2 is fully built, but not authorized for operation and is 100% owned by Gazprom. Nord Stream 1 is owned and operated by Nord Stream AG, headquartered in Switzerland. Russia’s Gazprom owns a 51% stake in the project, while the rest is owned by German, Dutch, and French energy companies. For Europe, natural gas is important in case of a shortfall in renewable energy due to lack of sunshine or wind.

Bizarre Zig Zag Tactics of Closing U.S. Energy and Working with Venezuela Now?
The U.S. has even resorted to speaking with the Nicolás Maduro administration in Venezuela on restarting oil production and abandoning Russia as an ally. The U.S. ceased diplomatic relations with Caracas in 2019 after accusing Maduro’s government of electoral fraud. Venezuela has experienced hyper inflation in the recent decade. Of course, the Biden administration could increase domestic energy production by fracking more and approving the Keystone XL pipeline, both ideas that are unpopular in the Democrat party. Biden had issued an executive order on January 20, 2021 to revoke the 2019 permit of the Keystone XL pipeline saying it would not serve U.S. national interests. The pipeline could have provided 830,000 barrels of oil per day flowing from Canada. In addition, Biden signed another executive order in January 27, 2021, to pause new oil and natural gas leases on public lands and offshore waters.

Oil Majors See Green in Wars
Exxon Mobil Corporation sees opportunity to pump more oil. Exxon plans to raise output in the play from around 460,000 boe/d in 2021 to over 550,000 boe/d this year and more than 800,000
boe/d by 2027. Chevron Corporation is pushing those boundaries even sooner, with its Permian output expected to hit at least 1 million boe/d by 2025 and potentially 1.5 million boe/d in the second half of the decade. To placate ESG investors, Exxon did announce fresh plans for a significant hydrogen-CCS project at its integrated refining-chemicals plant in Baytown, Texas.