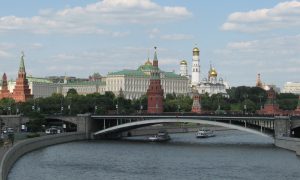 Russia’s Finance Ministry disclosed that the London branch of paying agent Citi had received the US$ 117 million in total payments. Citi is responsible for processing payments on behalf of bondholders. Avoiding a historic debt default due to imposed sanctions by the U.S., U.K., and European Union, the Russian government says it has fulfilled crucial interest payments on two dollar-denominated eurobonds. Russia had until the end of business Wednesday to pay US$ 117 million in interest on two sovereign eurobonds. Under U.S. sanctions, U.S. investors can still receive interest payments from Russia until May 25, 2022.

A failure to make good on these payments could have prompted Russia’s first foreign currency debt default since 1918.

On March 17, 2022, Kremlin spokesperson Dmitry Peskov said that any default would have been “purely artificial” because Russia had the funds necessary to fulfill its external debt obligations. The crippling sanctions imposed by the U.S. and others have locked Russia out of its gold and foreign exchange reserves. According to the most recent data supplied by Russia’s central bank, as of June 30, 2021, Russia’s foreign currency reserves totaled US$ 585 billion. Russia also has two sovereign wealth funds.

The Central Bank of the Russian Federation (Bank of Russia), which is under U.S. sanctions asked JPMorgan Chase to process the US$ 117 million coupon payments it had on its sovereign bonds. The payment was transferred to paying agent Citi in London following consultation with the U.S. Treasury Department.

After the sanctions exemption deadline and until the end of 2022, Russia is due to pay circa US$ 2 billion more on its external sovereign bonds.

Sberbank
Central Bank of the Russian Federation gave Sberbank a license to issue and exchange digital assets (cryptocurrencies). Sberbank is the country’s largest retail bank. The approval comes a short while after the Bank of Russia had advocated for a full ban on the trading and mining of cryptocurrencies. In January 2022, Sberbank applied for a license with Russia’s central bank to issue its own digital token for corporate clients.

Federal Loan Obligations
The Russian Ministry of Finance auctions off OFZs (Federal Loan Obligations) to finance the federal budget, or less commonly, to bail out troubled banks. Russia will offer only new series of OFZ government bonds and stop offering existing series of debt, the finance ministry said on February 23, 2022. Russia was cut off from Euroclear and other settlement companies. On March 3, 2022, the coupons on Russia’s OFZ government bonds have only been paid to local holders of the paper, according to Russia’s National Settlement Depository, citing a central bank order barring payments to foreigners. On March 18, 2022, Central Bank of the Russian Federation said that the Moscow Exchange would resume trading of OFZ government bonds on March 21, 2022.