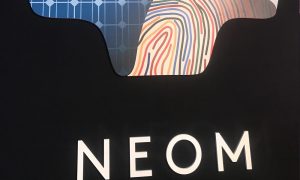 NEOM is building a team of professionals experienced in carbon markets, hiring portfolio managers and experts in project-based carbon standards, energy certificates, and other certification schemes. NEOM also wants to meet other offset providers to help bring liquidity to the emerging carbon exchange.

Neom is the name of a future planned city to be built in the Tabuk Province of northwestern Saudi Arabia and is the brainchild of Saudi Crown Prince Mohammed bin Salman. NEOM, the company behind making Neom a reality, has created a number of organizations to get the city off the ground. ENOWA was formed in March 2022 by NEOM. ENOWA is the principal shareholder in the world’s largest green hydrogen production plant, which will be developed in an equal joint venture with Air Products and ACWA Power. On another note, ENOWA is seeking ways for desalinization plants to be powered by renewable energy. The three other major NEOM projects include: TROJENA (sustainable mountain tourism destination, THE LINE (urban development), and OXAGON (reimagined industrial city).