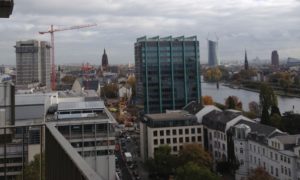 The Universal Investment Group (Universal-Investment), a fund administrator, is forming a new a dedicated management company (ManCo) for Germany’s largest public pension group for Bayerische Versorgungskammer (BVK). The purpose of the new company, which will operate under the name of “UI BVK KVG”, is to bundle BVK’s funds with the support of Universal Investment’s expert team. Over the medium term, UI BVK KVG will hold €75 billion in assets through umbrella and target funds. In aggregate, it will have €150 billion of assets under administration, in accordance with German investment law. Universal-Investment is headquartered in Frankfurt and formed in 1968.

BVK will be able to call upon this new company for services tailored specifically to its needs, which is typically the case with other very large institutional investors that use dedicated management companies.

Through this capacity, the new company will assist BVK to further develop the strategic asset allocation of its twelve legally independent pension schemes. BVK’s funds will continue to be managed by external asset managers. The setup and staffing of UI BVK KVG are still subject to approval by the German financial supervisory authority BaFin.

Bayerische Versorgungskammer is one of the largest institutional investors in Europe and has been working with Universal Investment, one of Europe’s major fund service platforms and Super ManCos, for almost 20 years. This cooperation has been forged through joint innovations in the institutional investment space, such as multi-level master funds.

UI BVK KVG will bundle and supplement services for BVK that go beyond the traditional German master fund business. Universal Investment will also take over the administration for UI BVK KVG as a sourcing partner.

Initially, the German institutional securities funds will be transferred to the new company, with the remaining bulk of investments being transferred over the next few years. UI BVK KVG is to be managed by Universal Investment Managing Director Stefan Rockel and Executive Director and Management Board member Mathias Wilhelm. As well as BVK Board Member André Heimrich, the UI BVK KVG Supervisory Board will also include Universal Investment’s Chief Customer Officer Katja Müller and Chief Executive Officer Michael Reinhard.

Private equity group Montagu acquired Universal-Investment in 2017. Universal’s shareholders Berenberg Bank and Bankhaus Lampe had sold their shares to Montagu. Behrenberg and Bankaus Lampe had each been 50% partners in Universal since 2012. The duo jointly acquired the 27% stake held by Stuttgart-based bank LBBW.