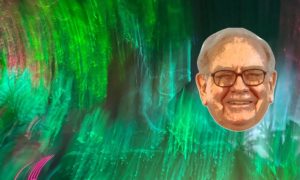 The California Public Employees’ Retirement System (CalPERS) disclosed its position in a filing with the Securities and Exchange Commission (SEC). This filing was ahead of Berkshire Hathaway’s annual shareholders meeting April 30, 2022. In recent filings, CalPERS has over US$ 450 billion in total assets and has around US$ 2.3 billion in Berkshire Hathaway Class A and B stock.

CalPERS will vote for a shareholder proposal that Berkshire Hathaway Inc. replace Warren Buffett (age 91) as chairman, though he would remain chief executive officer. Many proxy guidelines have a focus on separating the chairman and CEO role. There is a trend in U.S. corporate governance practices to separate the chairman and CEO roles. Warren Buffett, the proclaimed “Oracle of Omaha”, became CEO of Berkshire Hathaway in 1965, and has been chairman since 1970. Billionaire Warren Buffett himself holds 32% of voting interest in the company. The shareholder measure is from the National Legal and Policy Center.

National Legal and Policy Center Chairman Peter Flaherty reacted to the news by stating, “We welcome CalPERS support for our resolution. We hope other shareholders will follow.”

According to Flaherty, “Separating the two roles is good corporate governance, plain and simple. Public companies should not be run like private firms. Of course, investors can sell their securities if they are dissatisfied with management, but that is not the only option. We can instead assert our rights as shareholders, as we are doing here.”

The current board of Berkshire Hathaway opposes the measure.