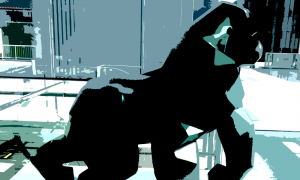 Fulton, Maryland-based Enveil is a data security platform. Enveil raised US$ 25 million in Series B funding led by USAA and was joined by investors including Mastercard, Capital One Ventures, C5 Capital, DataTribe, In-Q-Tel, Cyber Mentor Fund, Bloomberg Beta, GC&H, and 1843 Capital. In-Q-Tel is the venture capital arm of the Central Intelligence Agency (CIA). According to Enveil’s website, “Enveil is a pioneering Privacy Enhancing Technology company protecting Data in Use. Enveil’s business-enabling and privacy-preserving capabilities for secure usage, collaboration, and monetization protect data while it’s being used or processed – the ‘holy grail’ of data encryption.”

FBI Conducted 3.4 Million Warrantless Searches of American’s Data
On another note, the U.S. Federal Bureau of Investigation (FBI) searched emails, texts, and other electronic communications of as many as 3.4 million U.S. residents without a warrant over a year, according to an annual transparency report issued Friday by the Office of the Director of National Intelligence. The warrant-less queries were made between December 2020 and November 2021 by FBI personnel as they looked for signs of threats and terrorists within electronic data legally collected under the Foreign Intelligence Surveillance Act (FISA).

The U.S. Department of Homeland Security is forming a “misinformation” board, akin to what could be like a future “Ministry of Truth”. The DHS had created a Disinformation Governance Board to combat online disinformation.