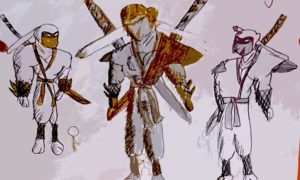 Global sovereign wealth funds, pensions, banks, and insurance companies have felt pain as holders of 30-year U.S. Treasury bonds. In April 2022, Treasury prices tumbled to depths not seen since the early period of the COVID-19 pandemic. When the dovish Federal Reserve Governor Lael Brainard made comments in April 2022 regarding the Federal Reserve would need to start reducing its US$ 9 trillion balance sheet, fixed income investors sold off U.S. Treasuries. In fact, 10-Year U.S. Treasuries from 2022 year-to-date (end of April 2022) performance is at its worst since before George Washington became the first U.S. President (since 1788).

It is no secret that the largest buyers of U.S. Treasuries are the Federal Reserve, Japan, and China. All three buyers are not increasing their holdings now as the Japanese are waiting for the yen to stabilize, the Federal Reserve continues to unwind its massive balance sheet, and the Chinese are waiting for their COVID-19 lockdowns to end. Furthermore, U.S. Treasury counterparty risk is no longer near zero and U.S. dollar reserves of a large sovereign nation can be seized (see Russian invasion of Ukraine paragraph below).

Waiting for Rate Raising
Japan, a current political and economic ally of the United States, is a major investor in U.S. Treasuries. Japanese institutional managers, such as banks and insurers, are well-known among fixed income participants on their U.S. debt buying sprees over the past 30 years. These purchases were somewhat generally driven by the Federal Reserve’s gradual lowering of interest rates and embracing asset purchasing programs in 2008 during the global financial crisis and again during the COVID-19 pandemic. The opposite is now happening as the Federal Reserve seeks to prune its US$ 9 trillion balance sheet. According to the minutes, the Federal Reserve will start getting rid of those bonds to the tune of US$ 95 billion a month. Usually, Japanese institutional investors were seen as a helping hand when there were challenging times in U.S. Treasuries. Data from BMO Capital Markets shows that Japan has sold off nearly US$ 60 billion of Treasuries over the past three months, even before Russia’s invasion of Ukraine. Japan remains a major overseas holder of U.S. Treasuries at some US$ 1.3 trillion.

Compared to Japanese monetary officials, the U.S. appears to be “super aggressive”. The monetary policies of America and Japan are diverging even more as the Japanese yen drops to 20-year lows against the U.S. dollar. And for Japanese bond investors, there is pressure to wait to get more attractive opportunities. Furthermore, with increased volatility in Treasuries, Japanese insurers and investors face higher currency hedging costs which neuters the appeal of higher nominal U.S. yields. Thus even near-zero yielding Japanese bonds may be more of an option for Japanese investors.

Russia Sanctions, China, and the Increased Weaponization of the U.S. Dollar
Holders of U.S. Treasuries could face greater risks by China partially exiting or at least trying to protect some of its foreign reserves by diversifying faster into other currencies or assets. China has been trying to propagate the usage of the yuan in manners such as the petroyuan and One-Belt, One-Road program. Russia’s invasion of Ukraine was quickly countered by economic sanctions from the U.S., Europe, Japan, and other allies of the West. Furthermore, the U.S. government employed tactics to try to make Russia have a sovereign debt default as a measure to put pressure on Russia to stop its attacks. The U.S. went even further in an unprecedented move against a large global power, enacting a Western blockade of Russia’s foreign reserves, and freezing more than half of the country’s US$ 630 billion that was placed in Western financial institutions. The Western sanctions also banned the Central Bank of Russia from dealing in U.S. dollars, euros, and pound sterling – three major currencies that make up most of the IMF basket of currencies. China, India, and other neutral nations to the conflict are rethinking their central bank reserve holdings? If we disagree with U.S. or European policy, will we face asset freezes and forfeitures. Again, the U.S. and Europe have used these measures on smaller nations such as Iran, Libya, North Korea, and to an extent Venezuela. It is no secret that China has ambitions to annex Taiwan under its imperial curtain. The U.S. has already levied sanctions against China and companies such as Huawei in some areas. A consequence of sanctioning China would be monumental as its economy is around 10 times larger compared to Russia’s economy. Chinese officials are already meeting with domestic and foreign banks on planning for such “swan-like” scenarios.

The People’s Bank of China has around US$ 3.2 trillion in international reserves and part of that money is managed by SAFE via SAFE Investment Company. China also has the China Investment Corporation and a plethora of state-owned investment funds allocating globally. If the U.S. and Europe froze China’s foreign reserves and to a greater extent private sector external assets, it would severely impact the Chinese economy which is already under financial stress.

All in all, holders of U.S. Treasuries must analyze more factors than just the actions of the Federal Reserve.