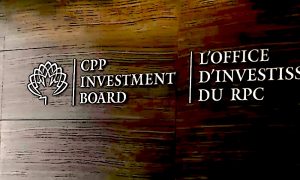 Canada Pension Plan Investment Board (CPP Investments) has agreed to terms with Digital 9 Infrastructure plc (D9) to sell its entire stake in Arqiva Group Limited. Arqiva Group is a wireless infrastructure provider of television and radio broadcasting services in the U.K. and an internet of things connectivity platform for U.K. utilities providers.

CPP Investments first acquired a stake in Arqiva in 2009, making this one of the public fund’s longest-standing investments in the U.K. and in the global infrastructure portfolio to date.

CPP Investments’ net proceeds from the transaction, after certain costs and adjustments, are expected to be approximately C$ 585 million. Digital 9 is paying an estimated £459 million for a 48% stake in Arqiva Group.

The transaction is subject to customary conditions and regulatory approvals and is expected to complete in the second half of 2022.

Other Deals
In July 2021, Digital 9 Infrastructure made a £50 million plus investment into the development of a new intercontinental subsea cable and terrestrial fiber system, known as Europe Middle-East India Connect 1 (EMIC-1). The investment is being made alongside an investor group and is planned for a 3-year period. Digital 9 Infrastructure’s new system will be a carrier-neutral network between Europe, the Middle East, and India comprising subsea and terrestrial fiber infrastructure which will connect key locations in these regions.

In early December 2021, Digital 9 Infrastructure completed the acquisition of a data center asset and subsea fiber landing station, SeaEdge UK1, on the U.K.’s largest data center campus in Newcastle for a purchase price of £15 million.

On January 9, 2022, Digital 9 Infrastructure agreed to invest a further US$ 93 million in Verne Holdings Limited (Verne Global) over the next 12 months to fund the expansion of capacity by a further 20.7 MW. In September 2021, Digital 9 Infrastructure completed the acquisition of Verne Holdings, a 100% renewable energy powered data centre platform in Iceland, operating on a former NATO site near Keflavik for £231 million in cash. Verne Global’s prior shareholders were Novator Partners and General Catalyst Partners, as well as co-investors Wellcome Trust and Stefnir.