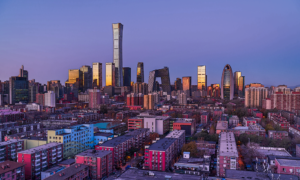 On June 25, 2022, the Bank for International Settlements (BIS) announced a Renminbi Liquidity Arrangement (RMBLA), which has been developed with the People’s Bank of China (PBC), to provide liquidity to central banks through a new reserve pooling scheme. The RMBLA aims to provide liquidity support and can be utilised by participating central banks during future periods of market volatility. Each participating central bank contributes a minimum of RMB 15 billion or US dollar equivalent, in RMB or USD, placed with the BIS, creating a reserve pool.

The BIS, as a bank for central banks, is well positioned to implement this arrangement, given its existing banking relationships with the central banks and a highly liquid and flexible balance sheet. The BIS has over time worked with major reserve currency-issuing central banks to assist in the implementation of part of the liquidity support packages provided by these central banks to their counterparts to protect against market stresses and to safeguard financial stability.