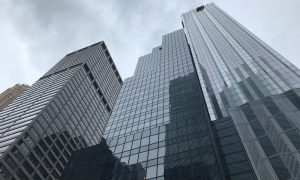 On August 8, 2022, Joshua J. Harris, a member of the Board of Directors of Apollo Global Management, Inc., notified the company that he will not stand for re-election to the Apollo Board at the company’s next annual meeting of stockholders. His term on the Board will therefore conclude on October 7, 2022.

Apollo CEO Marc Rowan said in a press release, “Josh has been a friend and partner, and has helped build Apollo into what it is today, a premier financial services company. It’s been an honor and privilege to serve with Josh on the Board, and I thank him for his many contributions.”

Harris said in a statement: “I know Apollo is in great hands. I wish nothing but the best for the company and my many friends and colleagues at Apollo. The company is incredibly well positioned, and I have full confidence in the Board’s and management’s stewardship of Apollo.”

In late October 2021, Harris started to cut ties to Apollo after losing a major power struggle to run the company. At that time, Harris dumped 6.6 million shares in Apollo. In May 2021, Harris disclosed he was was relinquishing day-to-day responsibilities.