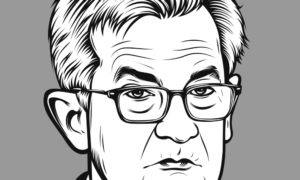 On September 21, 2022, the Federal Reserve increased the interest rate by 75 basis points to a range of 3% to 3.25%, the highest level since early 2008. For institutional investors, rising interest rates and inflation along with geopolitical headlines all contributed to a volatile and risk-averse environment.

On September 21, 2022, the FOMC released a notice saying “Recent indicators point to modest growth in spending and production. Job gains have been robust in recent months, and the unemployment rate has remained low. Inflation remains elevated, reflecting supply and demand imbalances related to the pandemic, higher food and energy prices, and broader price pressures.

Russia’s war against Ukraine is causing tremendous human and economic hardship. The war and related events are creating additional upward pressure on inflation and are weighing on global economic activity. The Committee is highly attentive to inflation risks.

The Committee seeks to achieve maximum employment and inflation at the rate of 2 percent over the longer run. In support of these goals, the Committee decided to raise the target range for the federal funds rate to 3 to 3-1/4 percent and anticipates that ongoing increases in the target range will be appropriate. In addition, the Committee will continue reducing its holdings of Treasury securities and agency debt and agency mortgage-backed securities, as described in the Plans for Reducing the Size of the Federal Reserve’s Balance Sheet that were issued in May. The Committee is strongly committed to returning inflation to its 2 percent objective.

In assessing the appropriate stance of monetary policy, the Committee will continue to monitor the implications of incoming information for the economic outlook. The Committee would be prepared to adjust the stance of monetary policy as appropriate if risks emerge that could impede the attainment of the Committee’s goals. The Committee’s assessments will take into account a wide range of information, including readings on public health, labor market conditions, inflation pressures and inflation expectations, and financial and international developments.

Mortgage Market
The Federal Reserve is trying to control high inflation. In addition, average long-term U.S. mortgage rates skipped higher by more than a quarter-point this week to their highest level since 2007. Freddie Mac disclosed that the 30-year rate climbed to 6.29%, up from 6.02% last week. That’s the highest its been since August 2007. The National Association of Realtors said Wednesday that existing home sales fell to 4.8 million in August 2022, down 0.4% from July.

Speaking at a news conference, Federal Reserve Chairman Jerome Powell said, the chances of a soft landing are likely to diminish,” as the Federal Reserve steadily raises borrowing costs to slow the worst streak of inflation in four decades. “No one knows whether this process will lead to a recession or, if so, how significant that recession would be.”

Stock Market
The S&P 500 index dropped by 16.1% in in the second quarter of 2022. Furthermore, all major U.S. indices across styles and market cap ranges were negative in the quarter. All sectors posted negative returns over the quarter. Energy continues to be the best-performing sector, and it is the only sector that has posted positive returns year-to-date 2022.