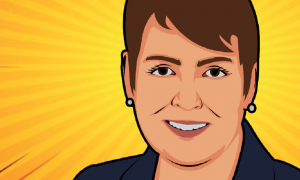 Law firm Schwabe, Williamson & Wyatt, P.C. conducted an investigation into the process of the termination of Angela Rodell from the US$ 73.7 billion Juneau-based Alaska Permanent Fund Corporation (APFC) in December 2021. The report concluded that the trustees of APFC did not follow its own charter and governance policies in evaluating its former executive director, Angela Rodell, although its decision to terminate her was likely a legal action. The report is posted on the Alaska Legislature’s website.

According to the report, “The investigation focused on three primary issues: (1) the processes employed by the APFC Board of Trustees to assess and evaluate the Executive Director’s performance; (2) the reasons underlying the trustees’ decision to terminate the Executive Director’s employment; and (3) what role, if any, political considerations played in that decision.”

CONCLUSIONS
In addition to the factual conclusions set forth in the Executive Summary, and based on the evidence, we provide the following findings:

3. Collectively, the reasons expressed by the Trustees for their decision to terminate the Executive Director supported the termination as a matter of employment law, in that they were a valid exercise of the Trustees’ ability to terminate an at-will employee such as Ms. Rodell. A loss of confidence in the chief executive of an organization such as the APFC is a sufficient legal reason under the legal standards applicable to at-will employment in Alaska.

4. APFC’s structure and importance as the primary source of funding for general government services and payment of dividends inevitably drew the Executive Director into political discussions and debates. The Executive Director, as the designated spokesperson, took actions and made statements that Trustees perceived as being “political” and advancing a personal “agenda”.