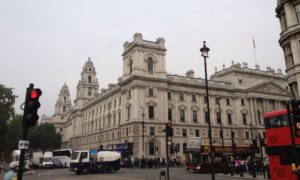 Switzerland-based Allwyn AG is a major European lottery operator. Allwyn and Ontario Teachers’ Pension Plan Board announced Allwyn has agreed to acquire Camelot UK Lotteries Limited. Upon completion of the acquisition from Ontario Teachers’, Camelot UK Lotteries Limited, the current operator of the National Lottery under a licence that runs until January 31, 2024 (the Third Licence), will become a wholly owned subsidiary of Allwyn. The acquisition is anticipated to close in the first quarter of 2023 subject to regulatory approvals, including from the Gambling Commission. The terms of the transaction were not disclosed.

Ontario Teachers’ Pension Plan has been an investor in the U.K. National Lottery over the past 12 years.

Funding
On November 17, 2022, Allwyn entered into a new €1.6 billion Senior Facilities Agreement with a syndicate of international banks. Lenders under the Senior Facilities Agreement have committed to provide funding to Allwyn International a.s. in an aggregate amount of €1.6 billion equivalent split across €441 million of amortizing term loans due 2027, €441 million of bullet term loans due 2028, a €300 million revolving credit facility due 2027 and a £380 million multipurpose facility available to be drawn as guarantees or term loans maturing in 2027. Allwyn International will use the proceeds primarily to (i) refinance existing indebtedness including its €623 million syndicated loan (including the €243 million revolving credit facility), its £380 million bank guarantee facility, and up to €300 million of other indebtedness, (ii) provide term financing for up-front costs ahead of the start of the UK’s Fourth National Licence in February 2024, and (iii) fund its general corporate purposes including shareholder distributions and acquisitions. UniCredit acted as Global Coordinator. Clifford Chance acted as Allwyn’s legal advisor and Allen & Overy as lenders’ counsel for the debt deal.