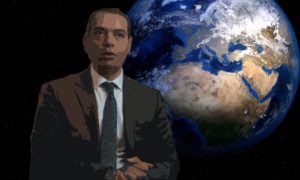 The deals were signed through the wealth fund’s healthcare and pharmaceutical industries Subfund, TSFE Healthcare & Pharma Subfund. Under the first definitive agreement, the Subfund will invest EGP 100 million in B Healthcare Investments (BHI), a fully-owned subsidiary of B Investments.

B Investments board has agreed to invest an initial amount of EGP 200 million in BHI. The current paid-in capital of BHI is EGP 130 million. B Healthcare Investments was established in 2021 and is B Investments’ specialized healthcare investment arm.

Under the second Memorandum of Understanding (MoU), B Investments will invest in the Subfund’s established platform dedicated to investing in pharmaceutical distribution and trade services. B Investments board has not yet determined the value of the company’s investments in this platform.

In December 2021, B Healthcare Investments signed transaction documents for the acquisition of a 51% stake in The Egyptian IVF Center as its first investment in the specialized healthcare space.

Hazem Barakat co-founded BPE Partners in 2006 with a vision to capitalize on his industry and operational expertise by investing in Egyptian businesses with growth potential. Barakat sits on the board of MNHD, Total Egypt and Al-Ismaelia. Prior to founding BPE Partners, he co-founded Miraco-Carrier, a major Egyptian air conditioner manufacturers, as well as Engineering Plastic Manufacturing, a plastics manufacturer. Aladdin Saba founded Beltone Financial in 2002 and co-founded BPE Partners in 2006. Saba was also a Co-Founder of Hermes Financial, which became EFG Hermes in 1996, after working as a Senior Portfolio Manager at Kidder, Peabody & Co. Inc. in New York.